MaxLite (WaterLite) and its founder, Trevor van der Vyver, have been leaders in the solar energy business since the late 1980s, and are still going strong.

MaxLite was founded in 1989 by Trevor van der Vyver, who had identified a need for alternative energy in South Africa. He was clearly on to something, considering the energy crisis South Africa has faced on and off since then. MaxLite’s initial focus in the alternative energy industry focused on solar power and a gas-powered battery charger. Today, the company has expanded to include both photovoltaics and thermal solar water heaters in its stable.

“We started off with importing,” says Van der Vyver. “The initial products we imported were the standard Chinese systems products, similar to those imported by many companies today. As both the Chinese plumbing system and their requirements are different to ours, the need to manufacture locally was obvious. Other suppliers decided they were going to adapt Chinese products to the South African market, which clearly we know does not work.”

It was then that Van der Vyver and the MaxLite team, together with a company in Germany, decided to create their own product: one that was specifically designed to work in South African conditions.

“I had tanks made in Germany,” says Van der Vyver. “Those were exported to China where they put a cover on for us, and then we imported the whole thing to South Africa.”

MaxLite imported container loads of the German-Chinese tanks, had them tested by the South African Bureau of Standards (SABS) to make sure they were up to South African standards, and then refined the design. Stainless steel was added to the mix, the tanks redesigned again and a patent taken out on the design, after which they began to manufacture the entire system in South Africa.

“The water tank material used is 444 stainless steel, manufactured by Columbus and sold to us by Euro Steel,” says Van der Vyver, explaining that it is the highest grade stainless steel for hot water cylinders. Appropriate material is critical because, as the water gets hotter, there’s a chemical reaction. You’ve got to have the right steel.”

One of the most bandied about complaints against solar water heaters is that they are more expensive than their electric counterparts. Van der Vyver readily admits that MaxLite’s solar water heaters are comparatively expensive. But it is an option that pays for itself in the long term. “It has a higher capital cost, but it’s an option that lasts forever. We give you a 10-year warranty on the product, our maintenance is next to nothing, and we have no moving parts.”

WaterLite’s water heaters make use of thermosyphon technology, which is a method of passive heat exchange, based on natural convection that circulates a fluid without the necessity of a mechanical pump. Its purpose is to simplify the transfer of water while avoiding the cost and the complexity of a conventional pump.

WaterLite makes use of glass evacuated tubes as the collector. These tubes are assembled locally but, because the type of glass needed – borosilicate glass – is not found in South Africa, that component is imported.

“The product is 100% local,” says Van der Vyver. “The SABS has a standard, SATS 1286, for determining what is local and what’s not local. It’s a proper international standard and we comply with that.”

MaxLite chose to use evacuated tubes in the design instead of a flat plate collector, because evacuated tubes are more effective at allowing sunlight in, in all kinds of weather. This system is much newer than flat plate collector technology, but is heralded by Van der Vyver as being much more effective. In a system like this, a series of cylindrical glass tubes are attached to a frame and installed on top of a roof.

“The evacuated tube has two main advantages: it’s a lot more effective than a flat plate collector, so it works in worse weather conditions than a flat plate. Since it’s round, the inclination and the angle on the roof is not that critical because the sun can hit it from various angles. Secondly, it’s a lot easier for a plumber to just load a tube in his vehicle and do whatever maintenance is necessary,” says Van der Vyver.

The solar water heating industry is not without its problems. Cheap imports, a lack of governmental support and an unwillingness by South African consumers to invest in solar power due to affordability, are chief among the challenges many solar water heater manufacturers face on a daily basis.

The SABS is also a challenge that local solar manufacturers face. “Presently, the SABS seems to be working against our industry, because of a lack of testing,” says Van der Vyver. “Partial testing has limited advantages and, in general, there is a total lack of communication between the SABS and the industry.” He adds that non-SABS compliant systems are flooding the market without any policing by the authorities, which shows a distinct lack of respect for their clients. “Why do we even bother with the process of manufacturing locally if many competitors simply flout the standards without consequence?” Van der Vyver asks.

Van der Vyver succinctly explains the problem: builders purchase the cheapest (that is, non-compliant) systems, and then install those systems in unsuspecting homeowners’ houses. The builder leaves the site when the job is complete and, if the system fails, the homeowner has very little recourse.

“The solar industry is perceived as a ‘quick buck’ industry. Anyone with a spare bit of cash buys a container load from China and, voila, they’re in business,” Van der Vyver says. “And then it reflects badly on those of us who do follow the rules.”

Volume is also a problem according to Van der Vyver. “When we had a solar rebate programme via Eskom, sales were sky-high. We couldn’t really keep up. But the subsidy fell away, and the local buying population’s disposable income has dwindled to such an extent that very few really buy solar water heaters.”

Van der Vyver added that solar water heater sales are down nationally, and what the sector really needs is a subsidy again, as is common practise in the rest of the world.

There is talk that the Department of Energy will start co-operating with the insurance industry in an attempt to promote energy efficiency, but this idle banter is nothing new.

Like many local manufacturers, MaxLite is committed to its employees and to creating sustainable employment. 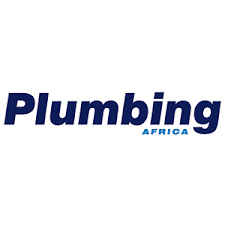